CUPE 3906 is currently in bargaining for their Teaching Assistants and Post-Doctoral Fellows at McMaster University. The CUPE local is attempting to challenge Bill 124 and restrictions on wage increases.

The action also included the collection of testimonials so members could share their stories about how benefits, wage and job protections, and how their union has helped them.

Support the local by signing their petition here. 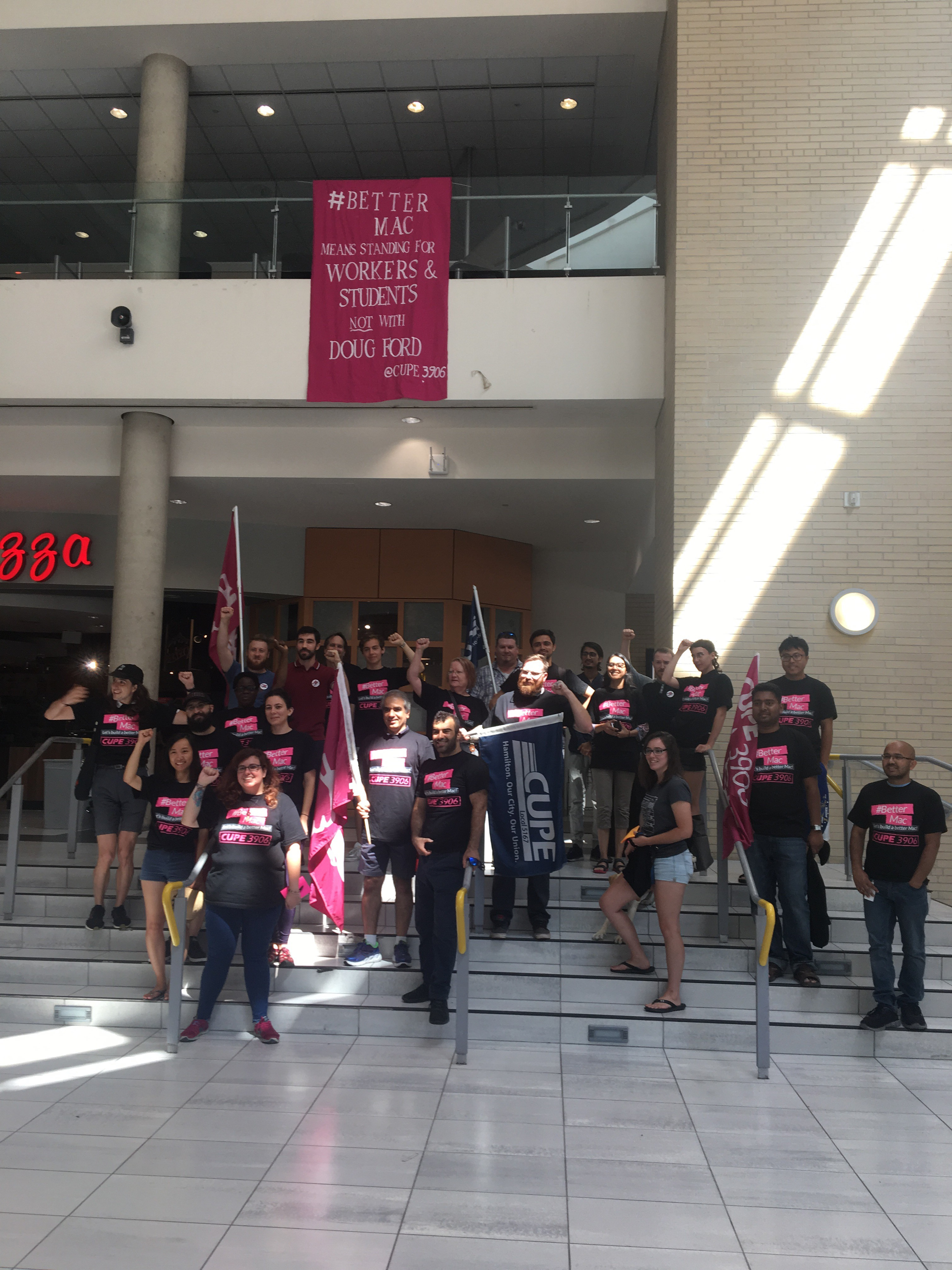